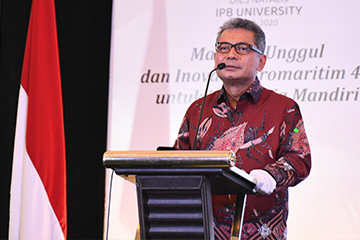 General Director of PT BRI Tbk
an alumnus from Faculty of Agriculture Batch 25,

is now the General Director of PT BRI Tbk, after taking part in several state-owned enterprises (BUMN), such as being the Commercial & Business Director of Bank Mandiri and General Director of PT Pegadaian. Lines of career awards in BUMN was successfully inscribed by this 25th batch of the Faculty of Agriculture IPB University alumnus. During his time in Bank Mandiri, he successfully managed to achieve 5 awards at once with his team in BUMN Marketeers Award 2018. His outstanding achievement was being recognized once again when he was the General Director of Pegadaian where he was given the award as The Best CEO several times by several institutions. He was also managed to bring Pegadaian for the first time to achieve the Most Admired Companies (IMACO) Award. His devotion to his alma mater encouraged him to give supports in several institution agendas, such as Nusantara Flower and Fruit Festival, affiliation between IPB University and BRI through Tani Center building, and BRI Work in IPB University. Amidst his busy schedule, he is also willing to take part as Member of Expert Council of Alumni Board IPB and Advisor of Alumni Board (IKA) Faculty of Agriculture IPB. He, as well, takes part as Member of Board of Trustees (MWA) IPB from elements of society. 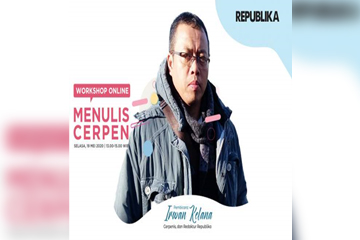 Journalist and Novelist
An alumnus of the Faculty of Animal Science, batch 21

September 1st is his birth date. Of course, proud and happy because it coincided with his alma mater's birth date, IPB University. Writing is something this 21st batch of Animal Husbandry Faculty alumnus usually does. Writing words in poetry, short stories, and serials have been a hobby since childhood. In 1990 he began to pursue journalism. Initially in Berita Buana, then moved to the Republika until now. His book entitled "Masa Depan" (Balai Pustaka, 1992) was selected as the Inpres book and The Primary Education Quality Improvement Project (PEQIP). Other works include "Kelopak Mawar Terakhir" and "Kemboja Terkulai di Pangkuan" (a collection of short stories), and "Meniti Jarak Hati" (novel). His short stories have also been recorded in several short story anthology books, including "20 Tahun Cinta", "Bunga-bunga Cinta", "Wajah di Balik Jendela", "Sembilan Kuntum Edelweis", "Pipit Tak Selamanya Luka", "Ketika Luka Menyapa Cinta", "Anak Sepasang Bintang", and dozens of other works. People often give him the nickname of a writer who carries romantic ideology because his short stories and novels are scattered with romances here and there. He frequently travels throughout the archipelago and abroad to fill literary meetings and journalism training. 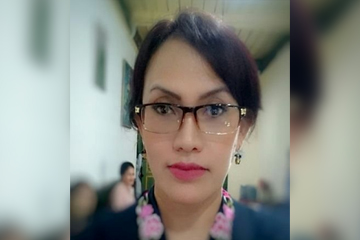 Head of Fundraising at the IPB Alumni Care Foundation (YAPI)
Alumni of the Faculty of Fisheries and Marine Sciences, Batch 21

Nelly Oswini, who is usually called by the nickname "Teh Nelly", is a figure who is very active in driving alumni activities of IPB University. Currently, Teh Nelly serves as Deputy Chairperson of the IPB Alumni Association Central Executive Board (DPP HA). His work in the IPB Alumni Association is unquestionable. This alumnus of the Faculty of Fisheries and Marine Sciences (FPIK) IPB University batch 21 has been actively involved in the four consecutive management periods of the DPP HA IPB since 2003. He has been the driving force of IPB's HA activities. Teh Nelly has been actively involved in the formation of Regional Executive Boards (DPD) in many provinces since 2003. She has also actively guarded the "Local Gemari Fruits" Movement which later metamorphosed into the Nusantara Flower and Fruit Festival. Not only that, he is also actively active in the "Let's Eat Fish" Movement. In addition, Teh Nelly also actively participates in the collection of donations for the completion of the construction of the Alumni Mosque in Baranangsiang, Bogor. Until now, he has been actively serving as Chairman of Fundraisers at the IPB Alumni Care Foundation (YAPI).  (IAAS/FAP)